Dining in the beer garden in the summer months is an enchanting experience for our guests.

It is said that Czech cuisine is not the healthiest but definetly you should try it!

Since ancient times, Czech cuisine has been influenced by the mixture of cultures and traditions that were developed throughout our territory, especially by the Celts and Slavs. Located in the heart of Europe, Czech cuisine has adopted influences from the north and south, east and west, and has always been open to anything new.

Meat is one of the most important ingredients in Czech cuisine. Pork, beef, poultry, rabbit and game are used. Fish are mainly freshwater and not very popular; however, the traditional Czech Christmas dinner consists of batter fried carp and potato salad.

Gravies and dumplings are Czech specialities. Gravies usually incorporate cream, butter and flour. There are many types of dumplings, for instance bread dumplings, potato dumplings or dumplings stuffed with smoked meat and even fruit. Soups are also popular as well as sweet pastries.

Beer is an excellent accompaniment to Czech cuisine. Czech beer is world famous and has a long tradition. Czechs consider it a national drink. 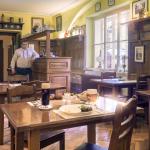 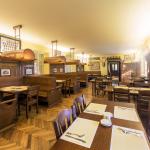 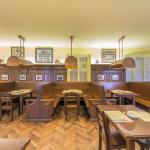 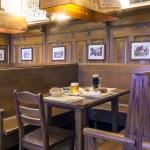